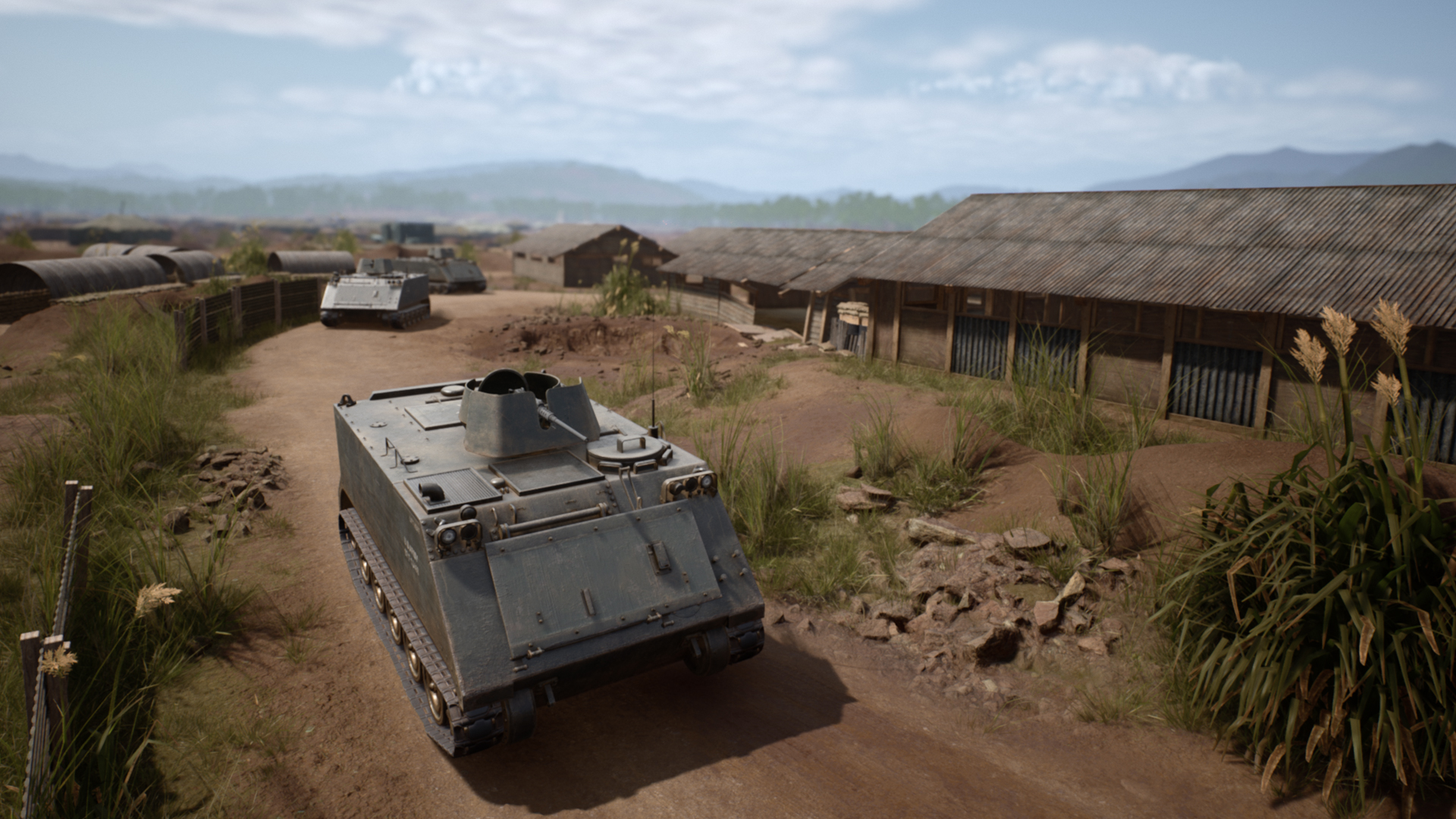 We have been rather quiet over the past couple months whilst we ramp up internally in terms of development, in doing this it also effected the way we do our recap articles. This is because we are shying away from the art side of things and more so towards features because of this the recaps will no longer be monthly but please don’t panic they will still be releasing every 6 or so weeks.

This article features the development of Khe Sanh airfield, aswell as some other goodies.

The Battle of Khe Sanh was a multi-year saga from 1966 all the way through to 1971. It’s infamy is predominantly due to the battle that took place from  1966 to1968, compounded by its strategic importance within the Quảng Tri Province as well as being a primary step off point for MACV-SOG units to attempt to recon the Ho Chi Minh Trail in nearby Laos.
Continuous PAVN actions against the base and its surrounding outposts are still controversial and debated today with official PAVN historical records not stating the purpose or aim of operations conducted in the area despite their ferocity.

For Burning Lands our intent was to recreate this iconic location as faithfully as possible. To achieve this we started with obtaining current real world height data of the area and used that as the base for our map. We also used both current day satellite imagery and period accurate topographic maps used by the US military during the war to generate our splat maps for landscape textures and foliage placement. Once in engine, we also utilize those maps as overlay decals, and while we are making adjustments based on gameplay where needed, this does mean that for the most part villages, roads, rice paddies and other areas are located with reasonable accuracy so the terrain you will be fighting in is as close to the same roads and villages that were actually present and fought over during the war.. 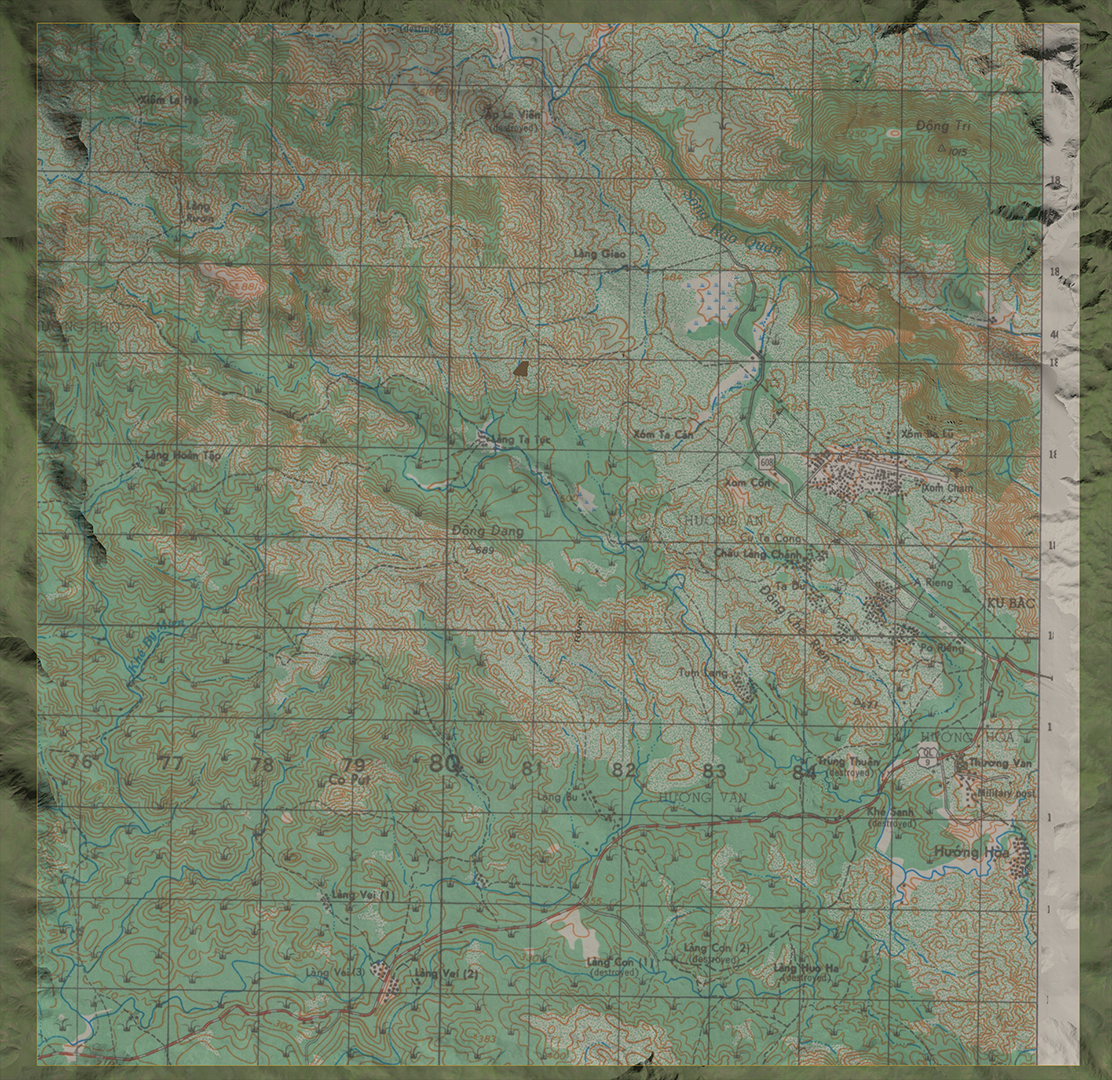 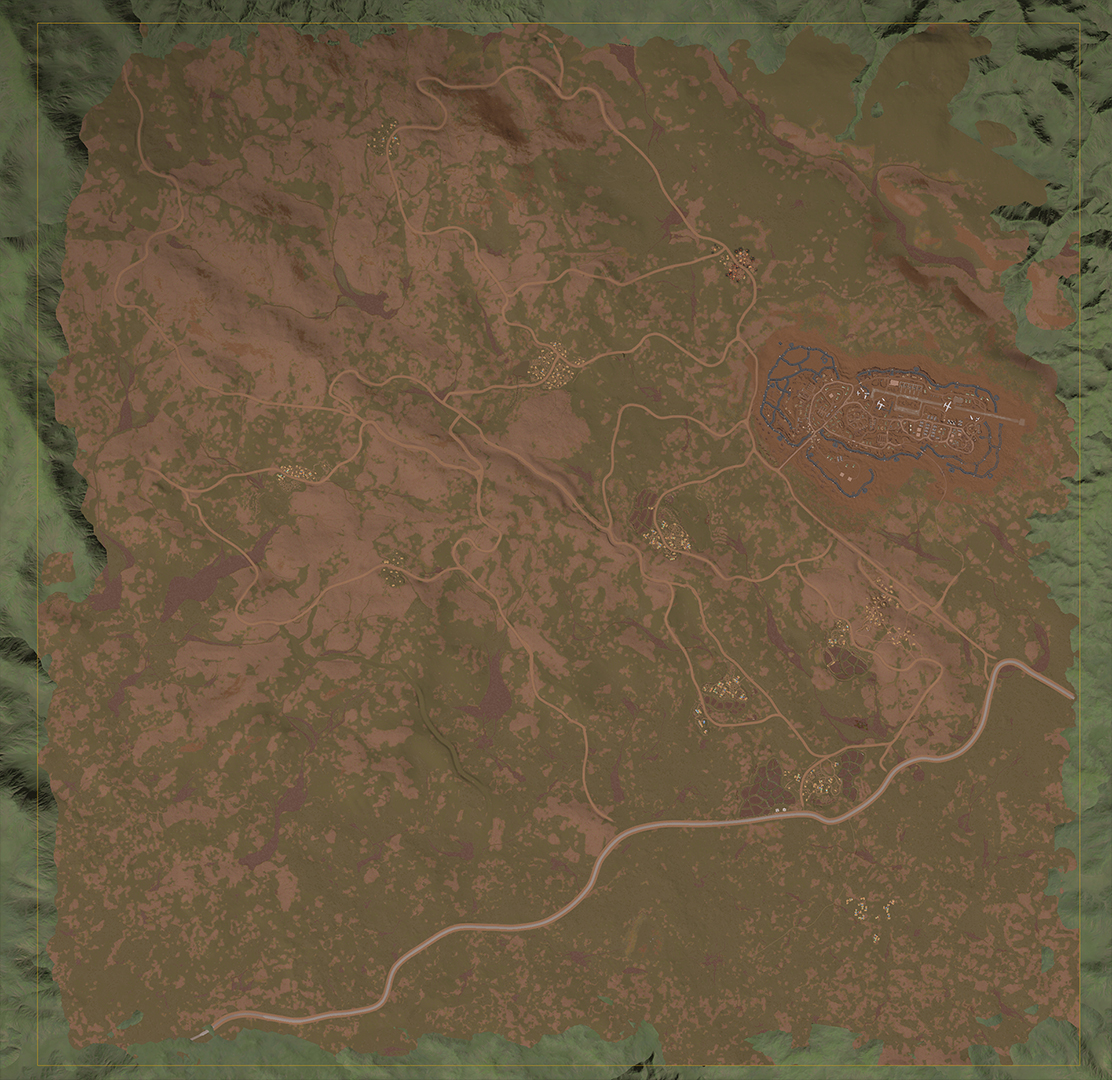 For the layout of the base itself, we relied on a combination of an overlay map and a collection of overhead reference photos to plot out the main roads and divide the base into its respective sections. We then proceeded to do iterative blockout passes, roughly drafting up the general layout of buildings, tents, walls & large mounds of dirt to start to get a feel for the sight lines and placement. 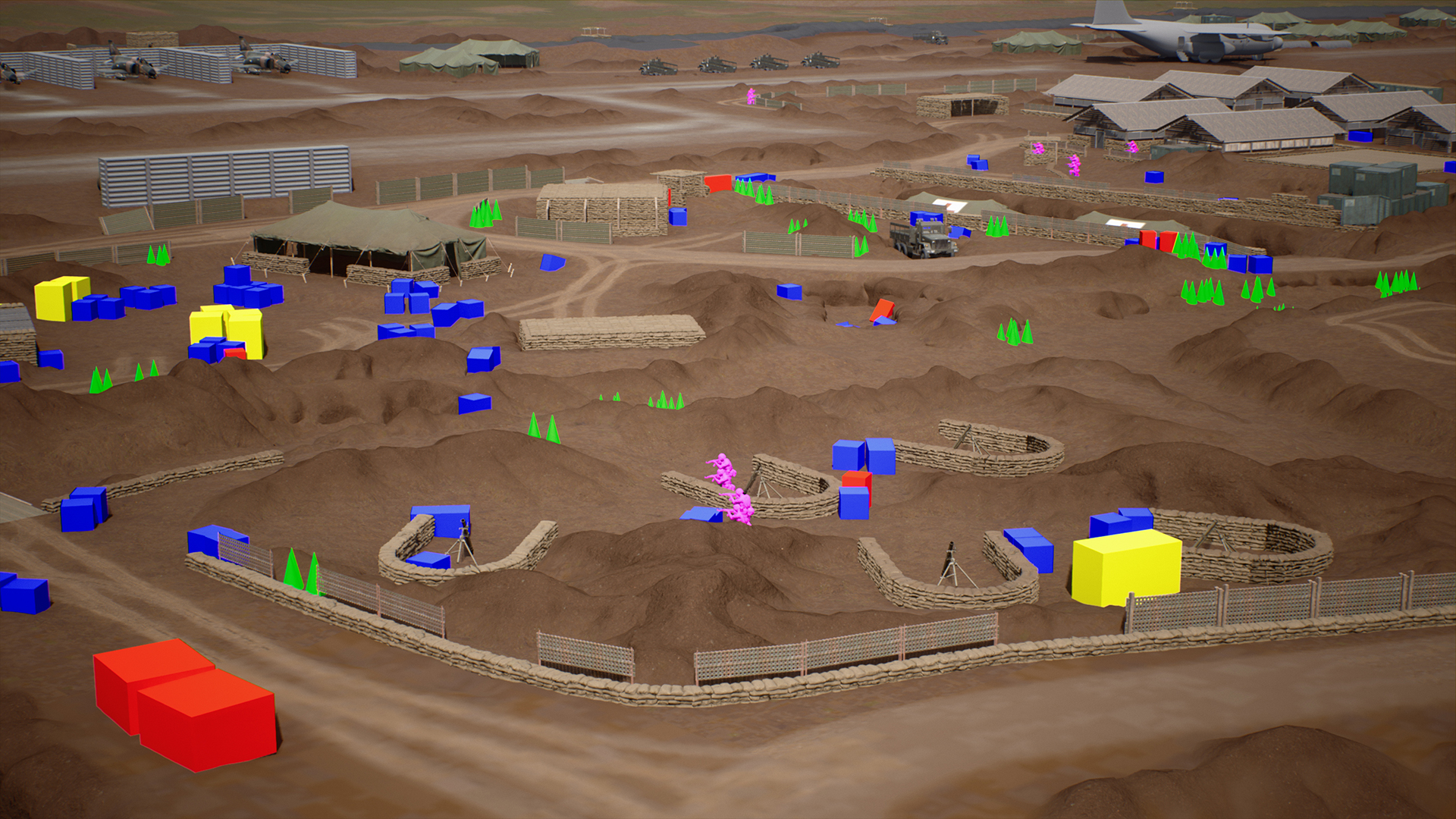 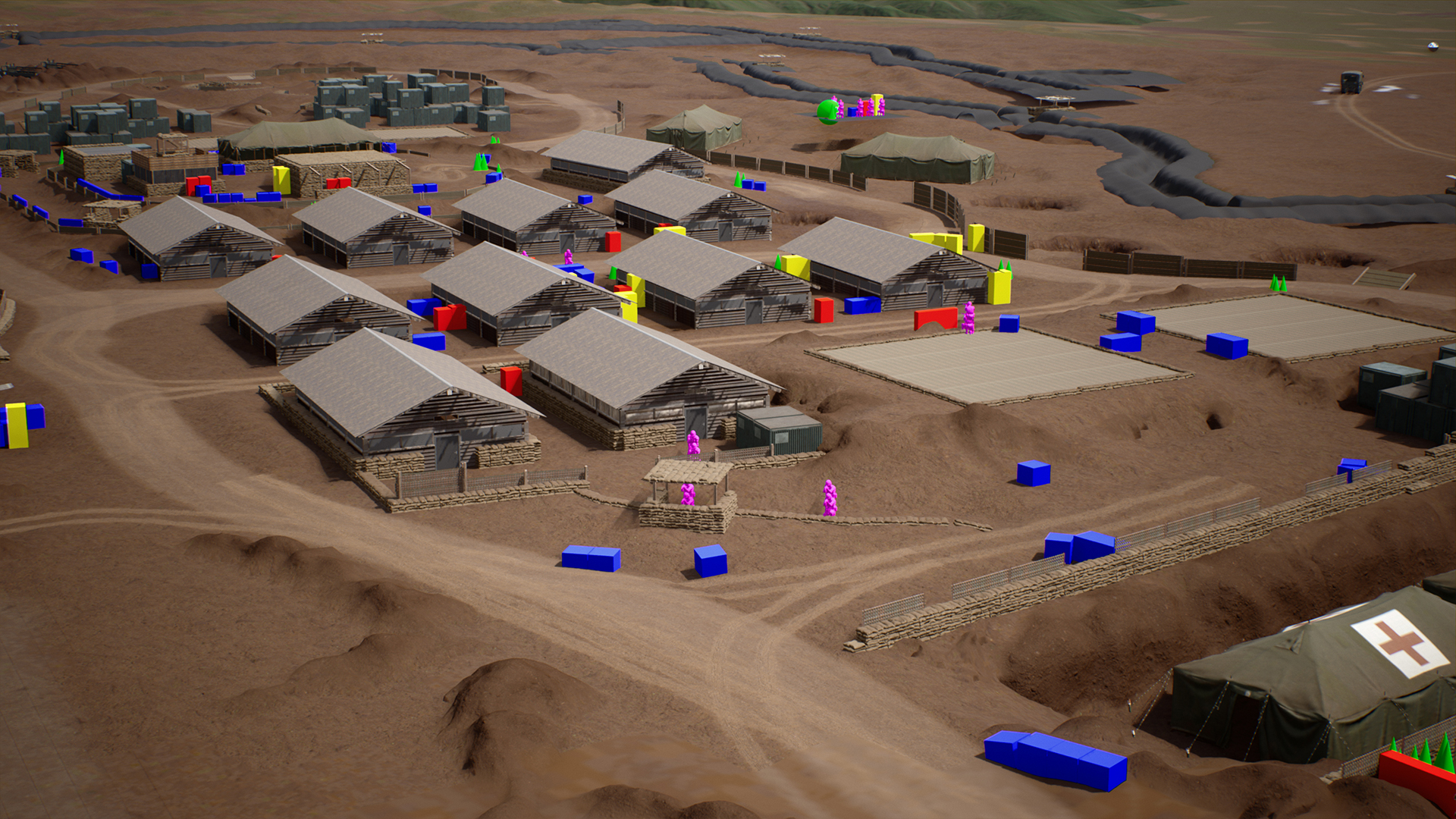 Once the larger assets were located and places we could then start to get a sense of the space. Our next step was to do a “Cover” blockout. This is where we place cubes at various colour coded heights to ensure that there is plenty of small cover that allows  infantry movement to flow and be fun throughout the base. This process allows us to iterate in a fast and flexible way, internally testing and dialing in infantry pathing before committing to the time consuming art passes. 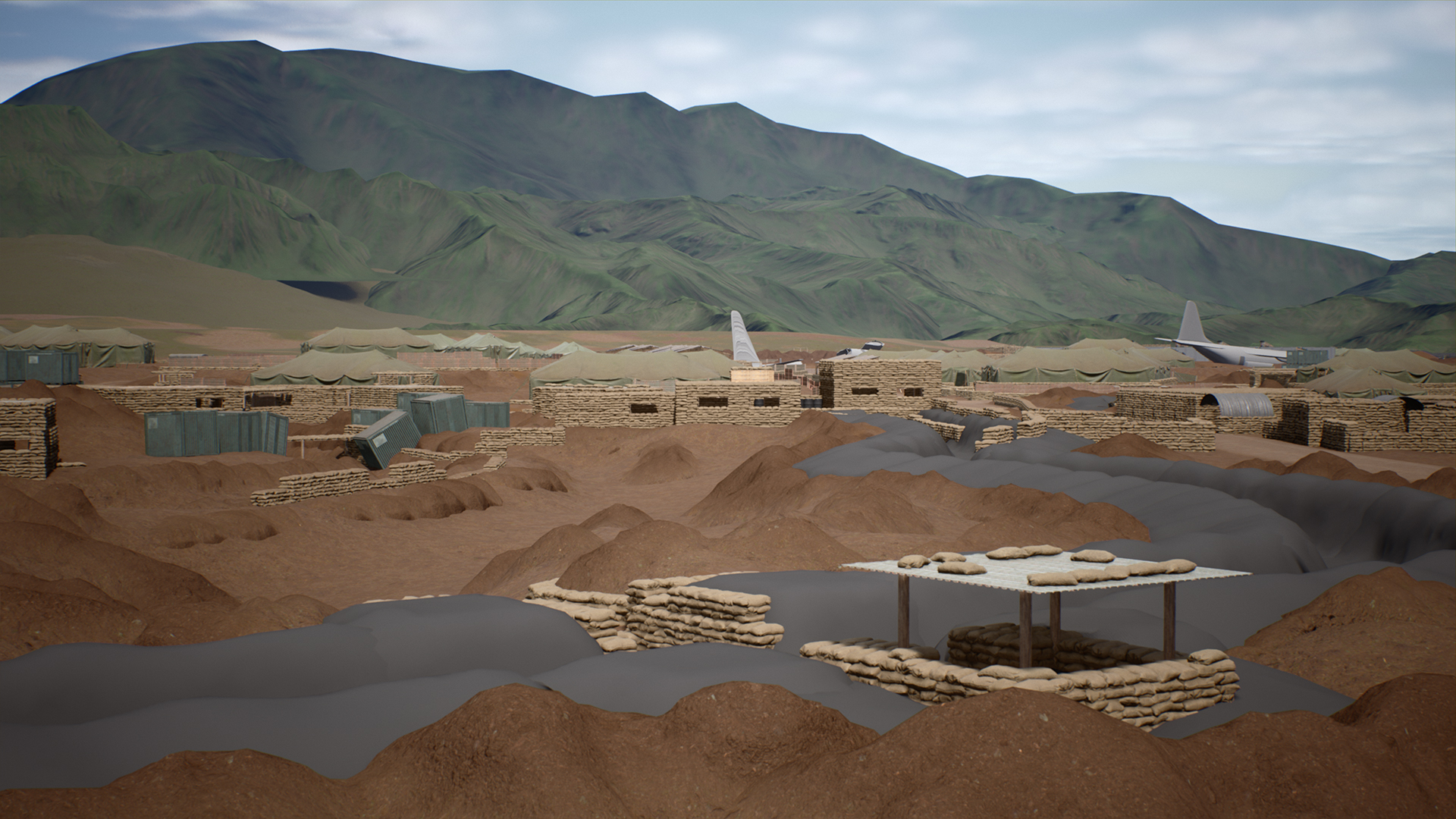 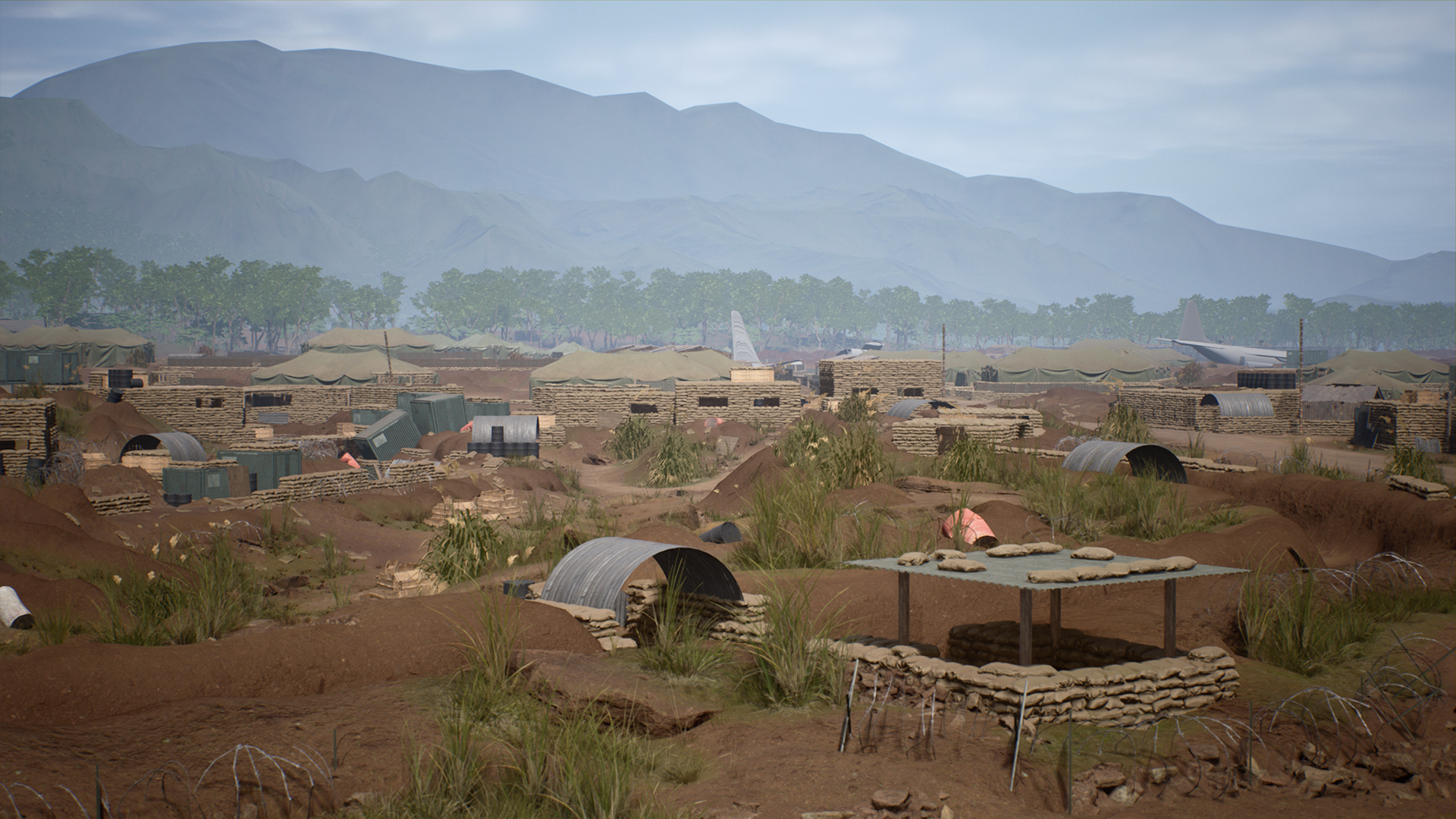 Once happy with placement, we do a series of set dressing passes, adding in all the detail and replacing placeholder assets/blockouts with finished art as it becomes available. To keep the team on the same page and ensure our art and placement of assets is consistent, we created a mood board early on that has been instrumental in guiding us towards hitting key aesthetic targets for the base and its surrounding terrain. As a team we are pretty happy with how closely our version of Khe Sanh resembles both the look and layout of the iconic combat base and look forward to bringing you the most detailed version in video game form to date. 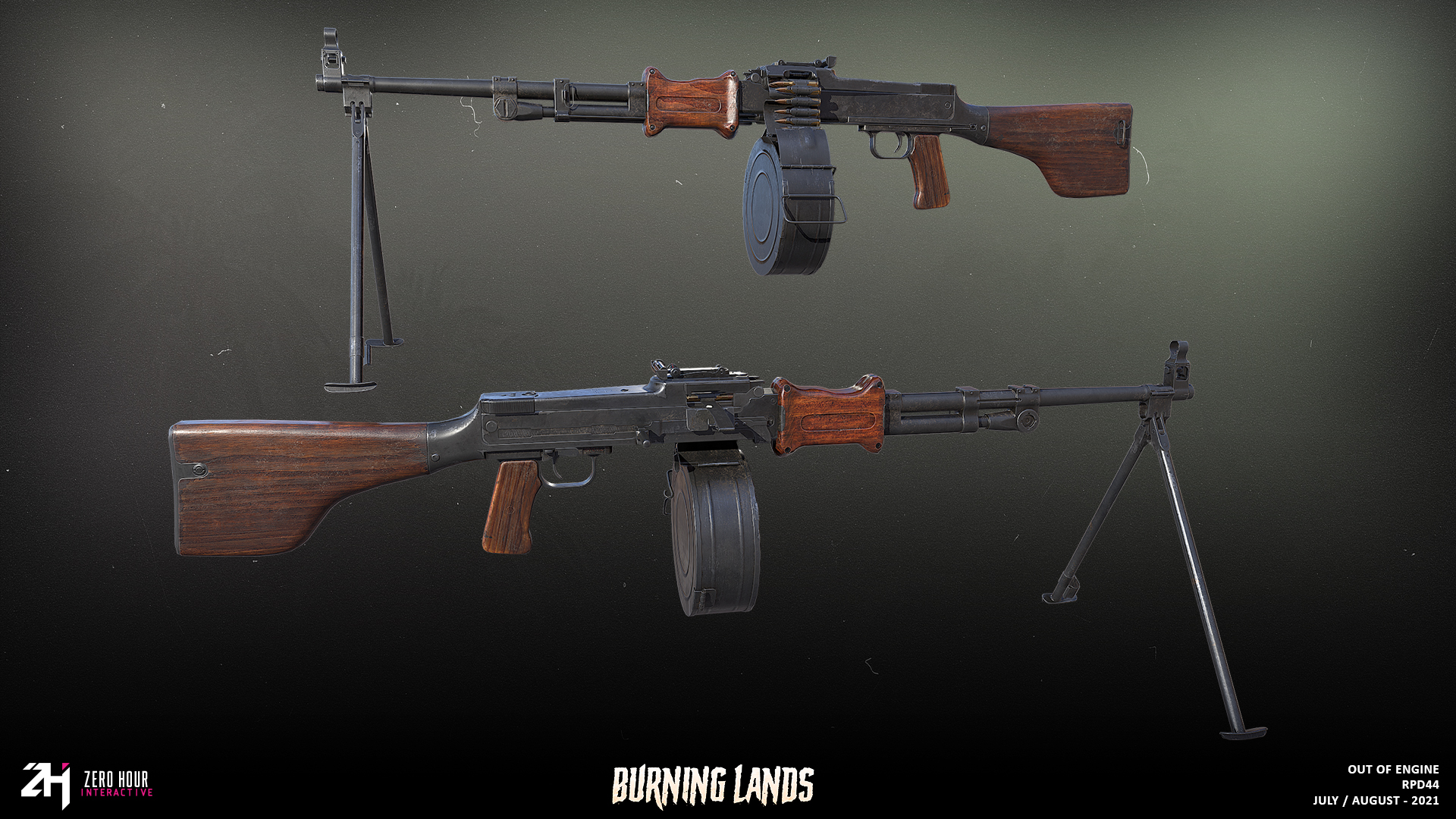 The light machine of PAVN forces. A support weapon with 100-round drum and exceptional at firing short suppressive bursts and keeping enemy heads down whilst your compatriots begin their assault.

Composition C, otherwise known as C-4 Explosive provides US Troops with some excellent demolition capabilities and luckily won’t explode unless detonated with a primary explosive so you’ll be a bit safer under fire.

The M18A1 Claymore. Whilst mines and explosives are handy to eliminate targets, the M18A1 Claymore provides it’s killing power in a directional fragmentation explosive in the same way as a shotgun but much deadlier. It’s perfect for protecting your vulnerable flanks or ambushing targets. 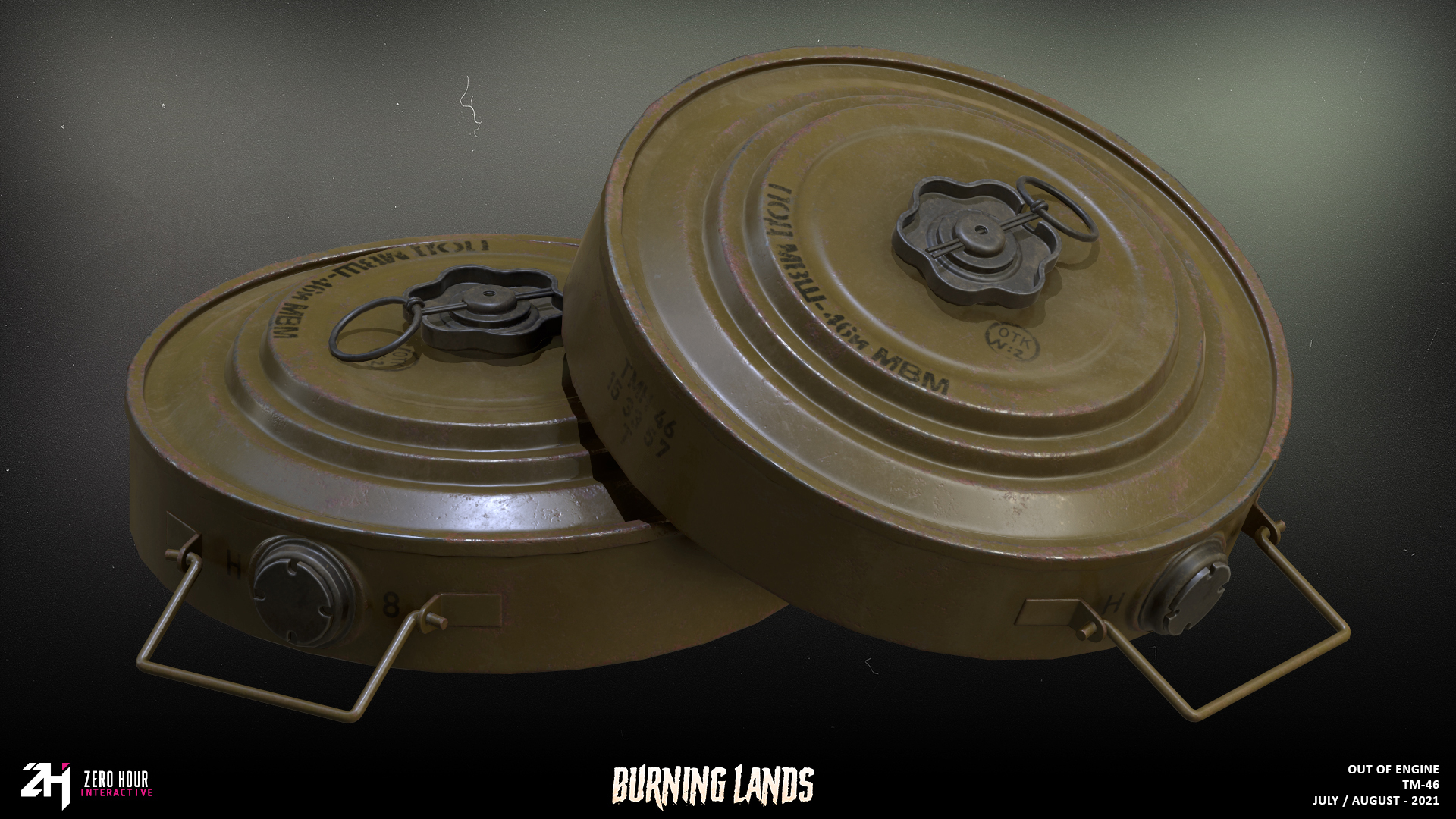 TM-46 AT Mine is your typical Soviet designed anti-tank mine, simple yet effective. It’s ability to disable or even destroy enemy armour is an excellent ambush or trap asset for any situation to control where that armour can go.

Stay tuned as in part 2 of Khe Sanhs development we will be showing and explaining our detailing methods aswell as afew other goodies.

See you all very soon!