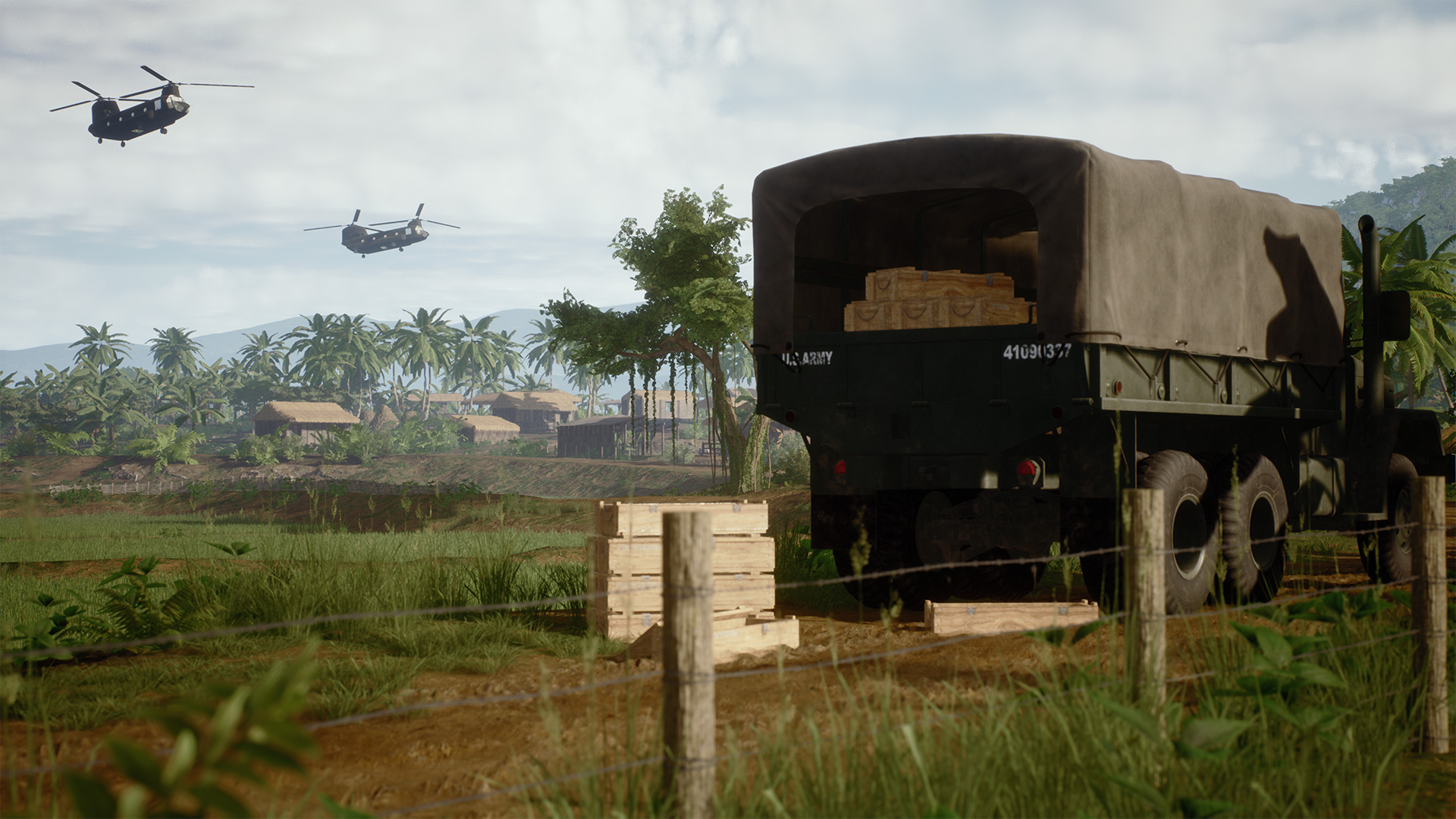 Hello everyone, hope you’re all doing well! In this month’s update we have some news regarding a recent upgrade of Unreal Engine to the latest version of 4.26, we would like to quickly explain the benefits of the new advancements and how these translate into making Burning Lands even more enjoyable for you.

With Burning Lands, we have a few core principles in mind when it comes to our approach to lighting:

1) It’s a realistic tactical shooter set in the 1960’s, so from an artistic point of view, we decided to shoot for realistic natural lighting but with the subtle washed out colour palette of the old colour photos a lot of people will be familiar with from the Vietnam War.
2) We wanted good visibility for the sake of gameplay for the most part but we also wanted a decent amount of shadow and contrast in the jungles as well as areas where concealment would be realistic, making sure the lighting in those areas had an element of depth and didn’t look flat.
3) We wanted something that both looked good close up and also held up at distance (both visually and from a gameplay perspective) since we knew there would be some really long sight lines on our maps, especially when you factor in the view from helicopters.

To make all of this possible, we’ve embraced all the recent advancements Unreal has made in this area. Starting our journey on UE 4.24, we had Epic’s Sky Atmosphere features available to us, giving us physically driven fog and atmospherics that take the sun’s position into consideration, but we were still using a traditional HDRI skybox texture for all of our maps. It was a decent setup but it was limited to 1 static lighting scenario at a time.

At the start of this year, we made the move to the latest version of Unreal Engine, version 4.26, which along with a host of great stuff, and also came with the addition of volumetric clouds and a big update to sky atmospherics.

Utilizing the new volumetric clouds, we have now been able make all aspects of our sky and lighting setup physical. This means there is no longer a static texture of the sky and instead the colouring of the sky being modeled by atmospherics and the sun with volumetric clouds accurately occluding both the sky and even the landscape.

While the volumetric clouds are really nice and obvious to see, arguably for us, the most exciting development in this area was the inclusion of a cheap real-time updating skylight. This means we can now move the sun or change the lighting scenario and have our ambient lighting and ambient occlusion update realistically in real-time. While this was technically possible before, it was rather expensive from a performance standpoint and it’s really nice to have this feature work out of the box from Epic.

Lastly, the real icing on the cake is the new Screen Space Global Illumination, giving us a reasonably cheap global illumination technique that doesn’t rely on RTX ray tracing. Traditionally, a fully dynamic lighting setup in Unreal uses Distance Field Ambient Occlusion (DFAO) to ensure interiors and anywhere that is getting occluded from our primary light source (the sun) has less ambient light. While it does work well, due to the nature of what distance fields are, it can only be so accurate. But, by using SSGI on top of DFAO, we are able to correct a lot of those issues, giving us even better occlusion and bounce lighting that would normally only be possible with ray tracing or static baked lighting. Put simply, this means our jungles are actually basked in shadows at distance, like they should be.

With all of these new techniques and features in place, our lighting setup is now theoretically capable of supporting dynamic time of day and weather transitions, so while we are quietly optimistic, we can’t help but be a little excited by the prospect of flying into the combat zone against the backdrop of a beautiful golden sunrise to emerge from the fighting an hour later, basked in the midday sun.

Another exciting addition to Unreal 4.26 is Epic’s new Water plugin:

While still only in the experimental stages of development, we are happy to report that we were able to get it working and implemented on our An Lao map.

Performance wise, the benefit to the new water plugin is it uses a dual render pass to make the water look transparent whilst still using an opaque shader model (much faster shader model, translucency is expensive and best avoided as much as possible). This means it’s both performant and pretty.

It also automatically adds the post process material volume needed for the underwater screen effects and carves the landscape out in a non-destructive way using Landmass. This makes adding water bodies much faster and a lot less tedious for our mappers, which is great considering the amount of playable water we have planned for our maps. It also means the chances of encountering areas where you can exploit hiding under water with no underwater effects are basically nil without us having to do a tedious QA pass, since everything is automatically placed.

Lastly, the new water plugin automatically supports fluid simulation and gameplay physics out of the box, which is rather nice since both driving boats and swimming are planning features of Burning Lands.

Take one look at the water and it’s pretty easy to see why we are excited about it visually and if you have ever undergone the tedious task of hand sculpting terrain and placing a landscape spline for a river, you’ll understand why our level designers are breathing a sigh of relief.

All in all, 4.26 sees us able to work our planned features in easier along with benefiting greatly from the latest updates to present a much more immersive experience. With that, the team would also like to present some of the latest art recaps for you to pour over. 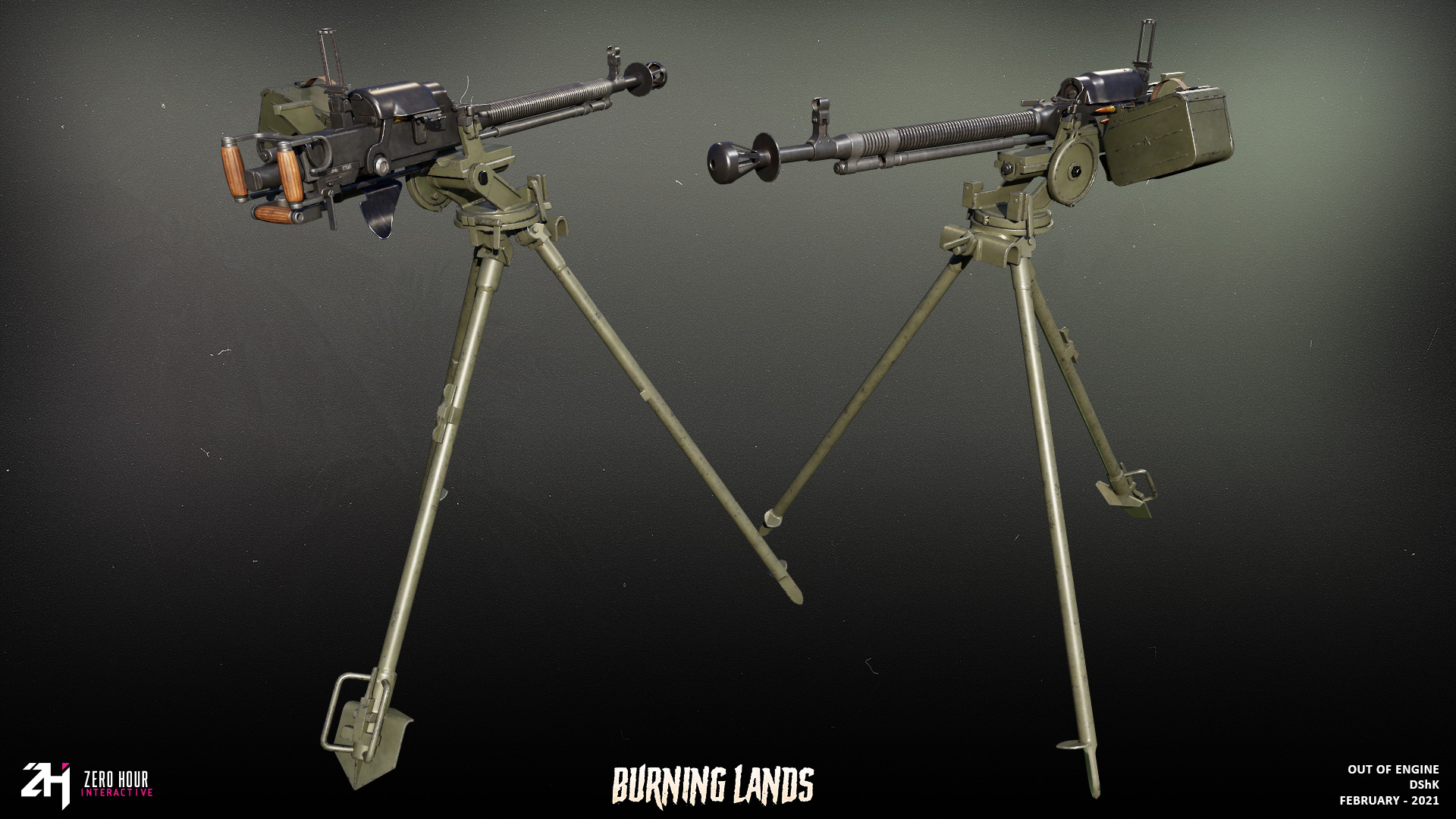 The DShK, colloquially known as the “Dushka”. Loading a 12.7mm cartridge and mounted on a tripod mount, the PAVN will be able to call upon this weapon to engage infantry and light vehicle alike, including enemy helicopters. 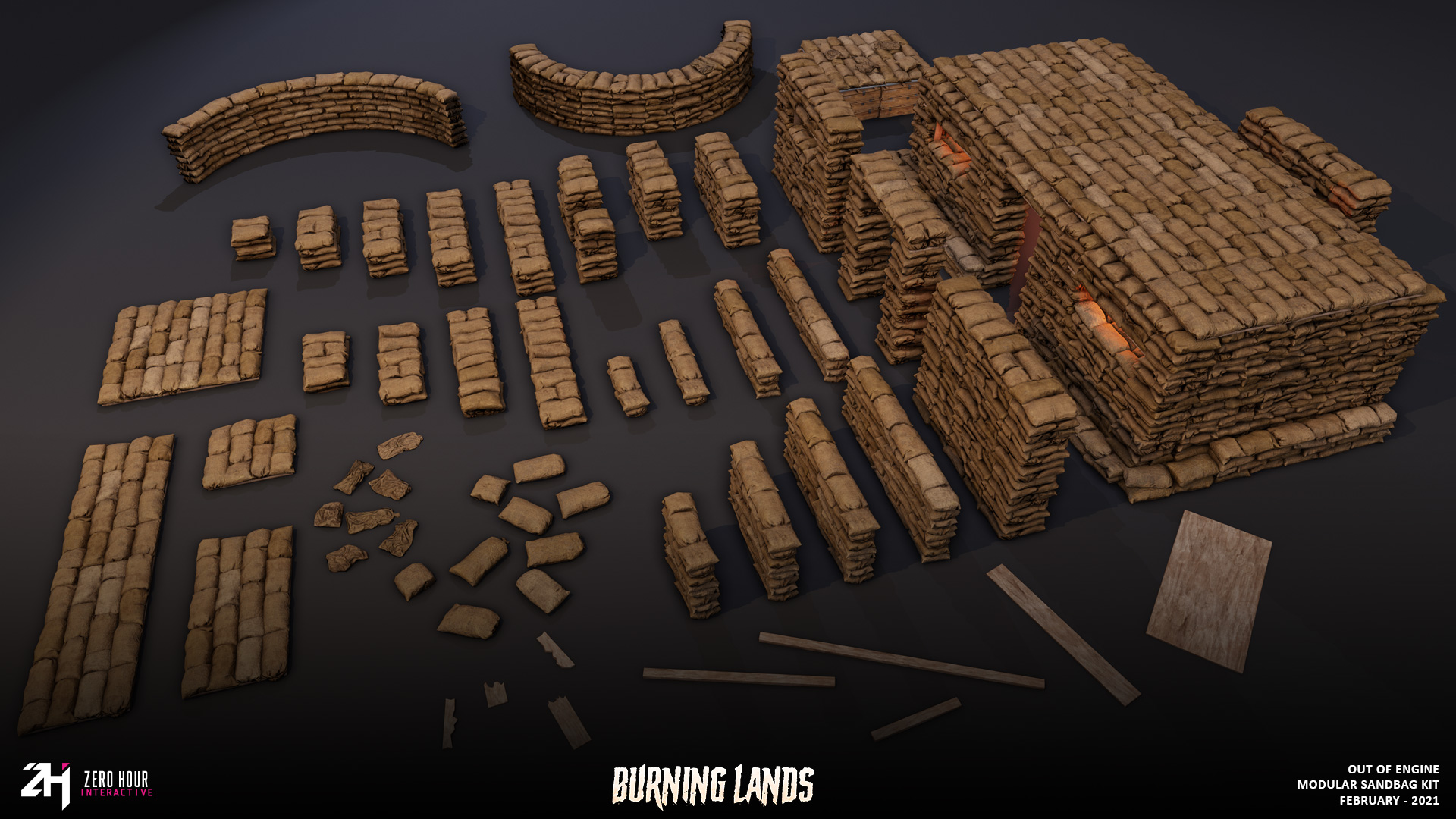 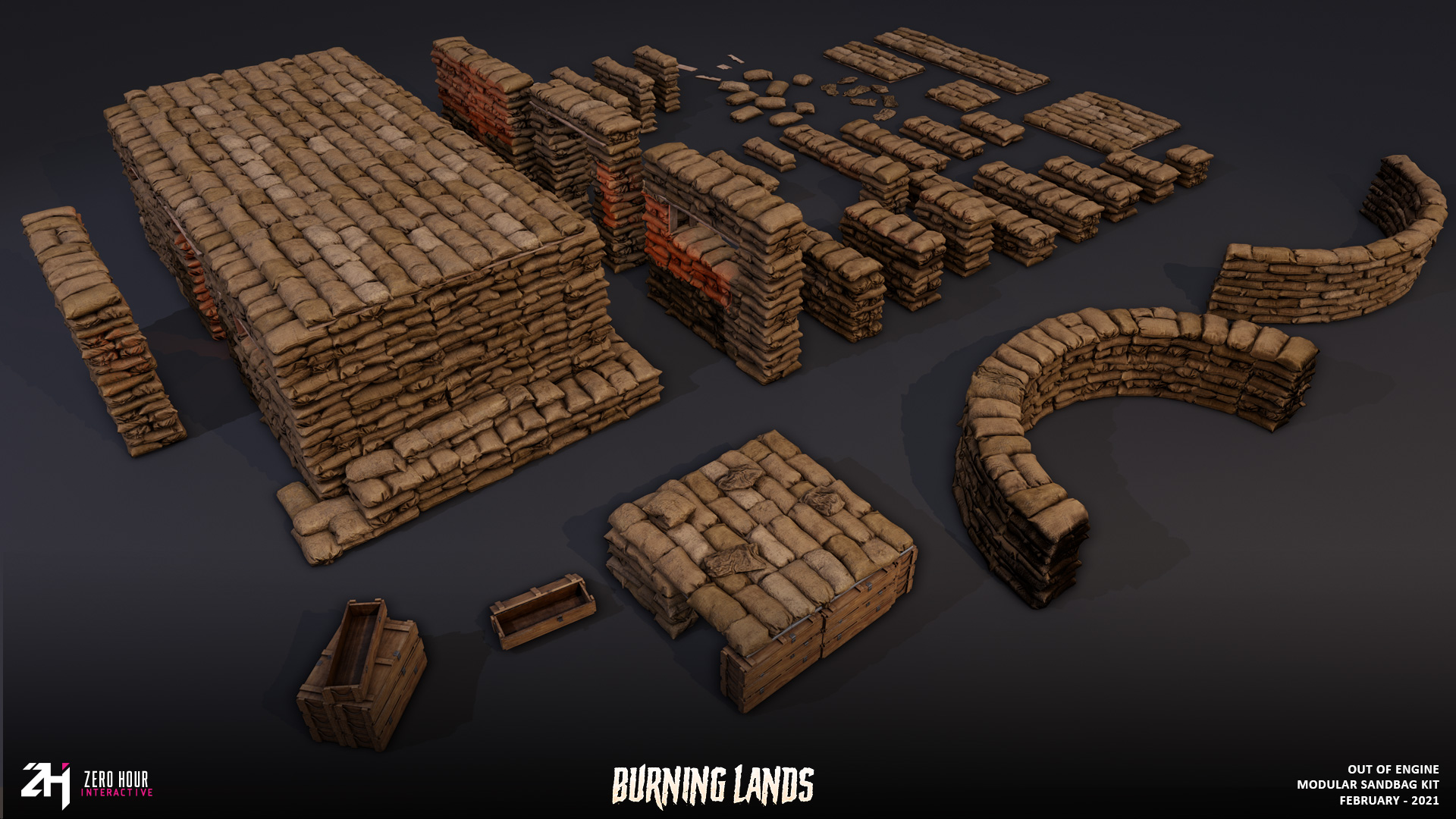 Our modular sandbag pack. This asset will be feature across almost all of our maps and will soon be available on the UE4 Marketplace for other developers to purchase and use as they deem fit. 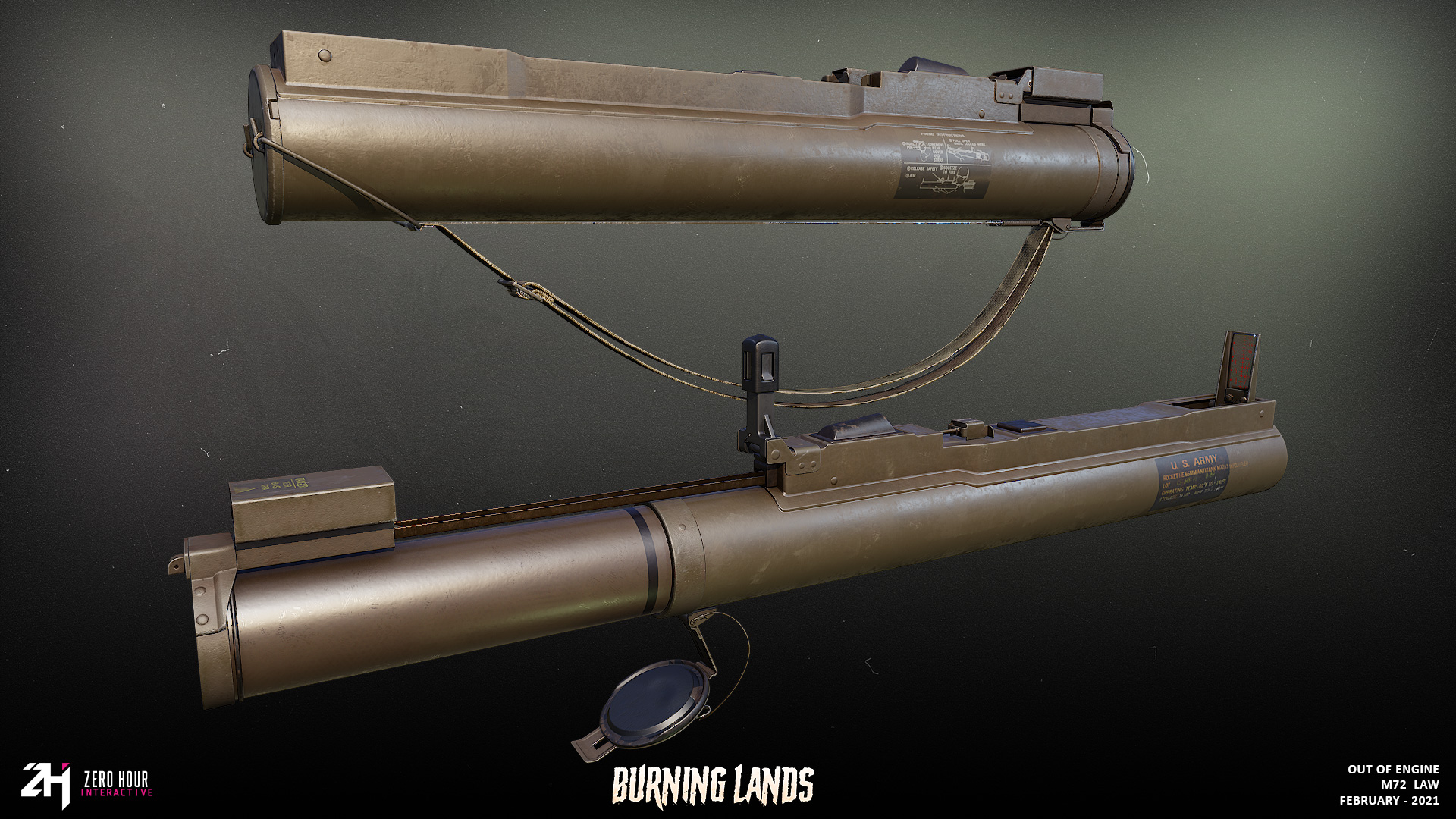 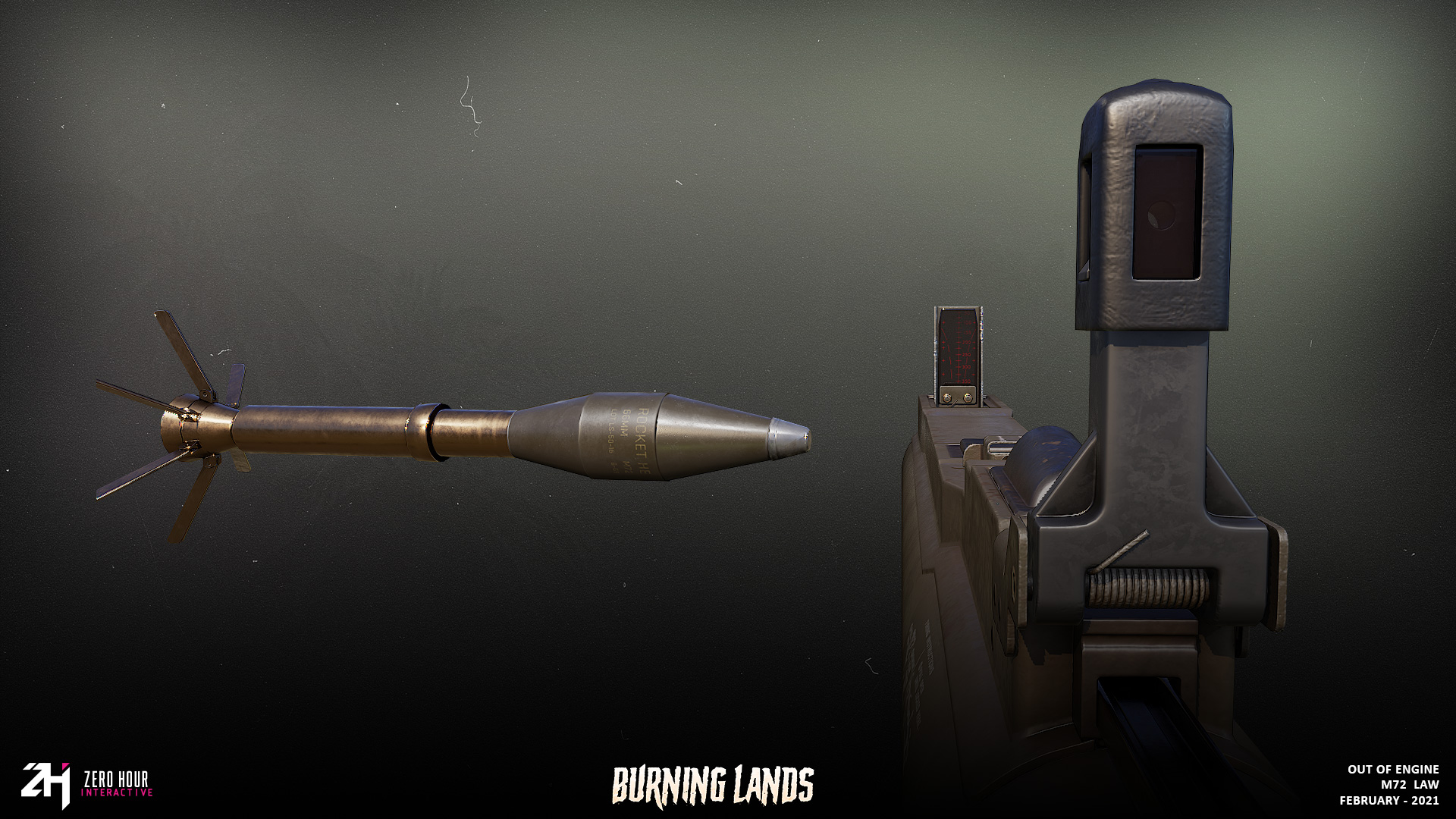 The M72 LAW (Light Anti-Armour Weapon), a 66mm unguided solid rocket. Available to the US team to engage enemy light or heavy armoured assets if they appear. Just mind the back-blast. 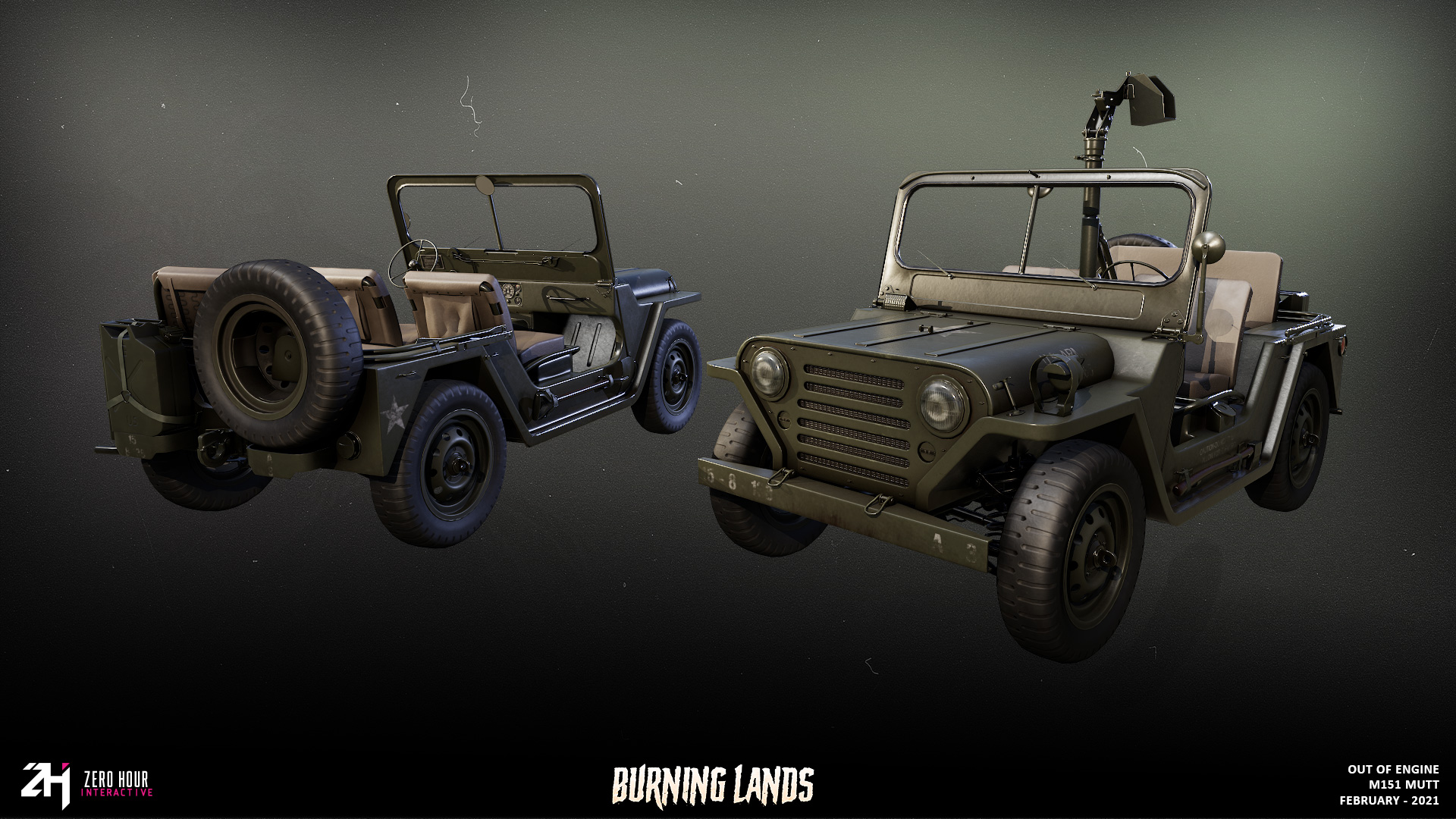 The M151 Jeep (or officially the 4×4 Utility Truck), both in its transport and M60 versions. Its speed and reliability allow you to scout ahead or get your team’s Commander to where he needs to be as fast as it can take you. 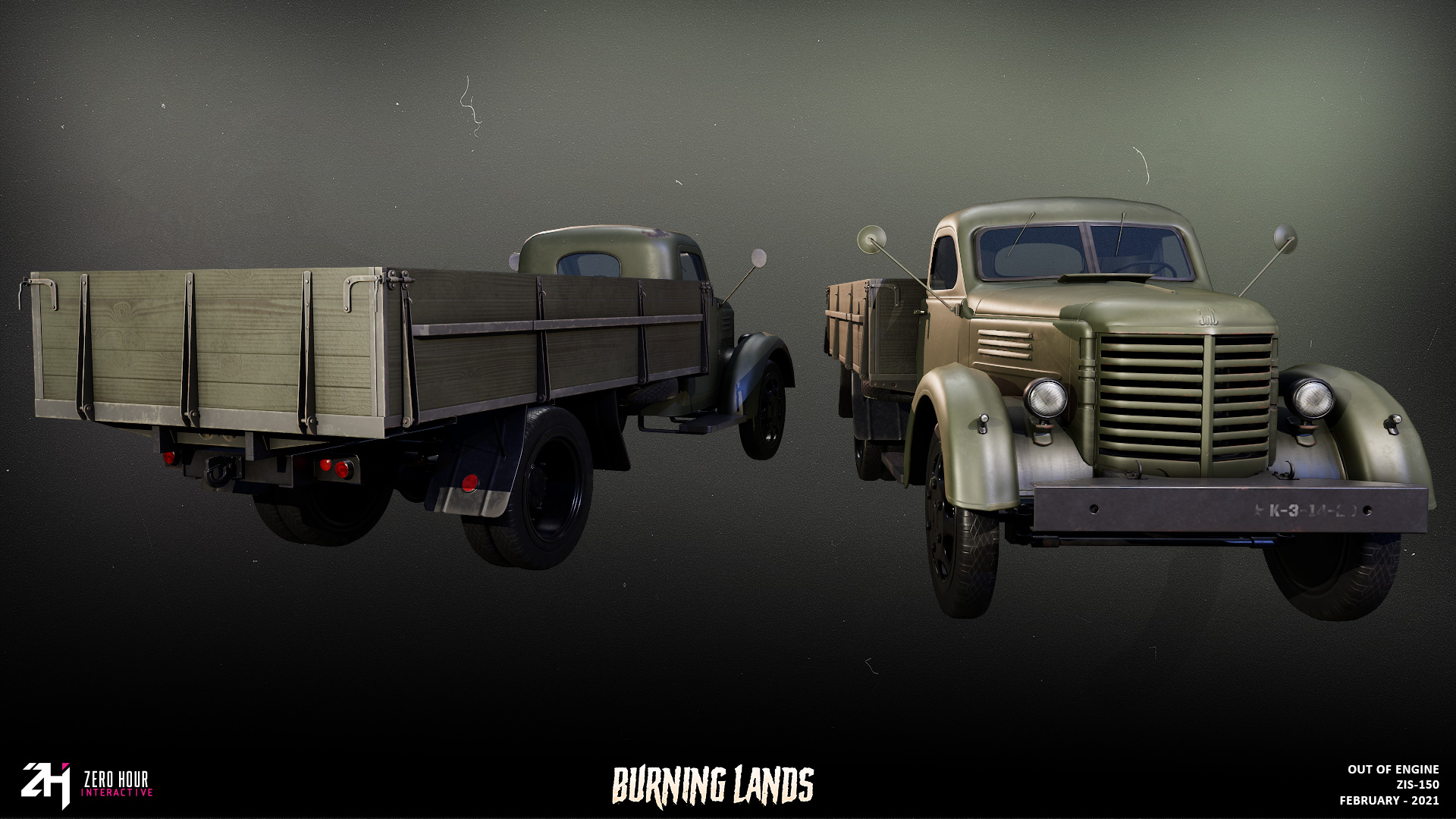 The ZiS-150 has been textured and is looking fantastic for its upcoming use as our principal logistic vehicle for the PAVN. 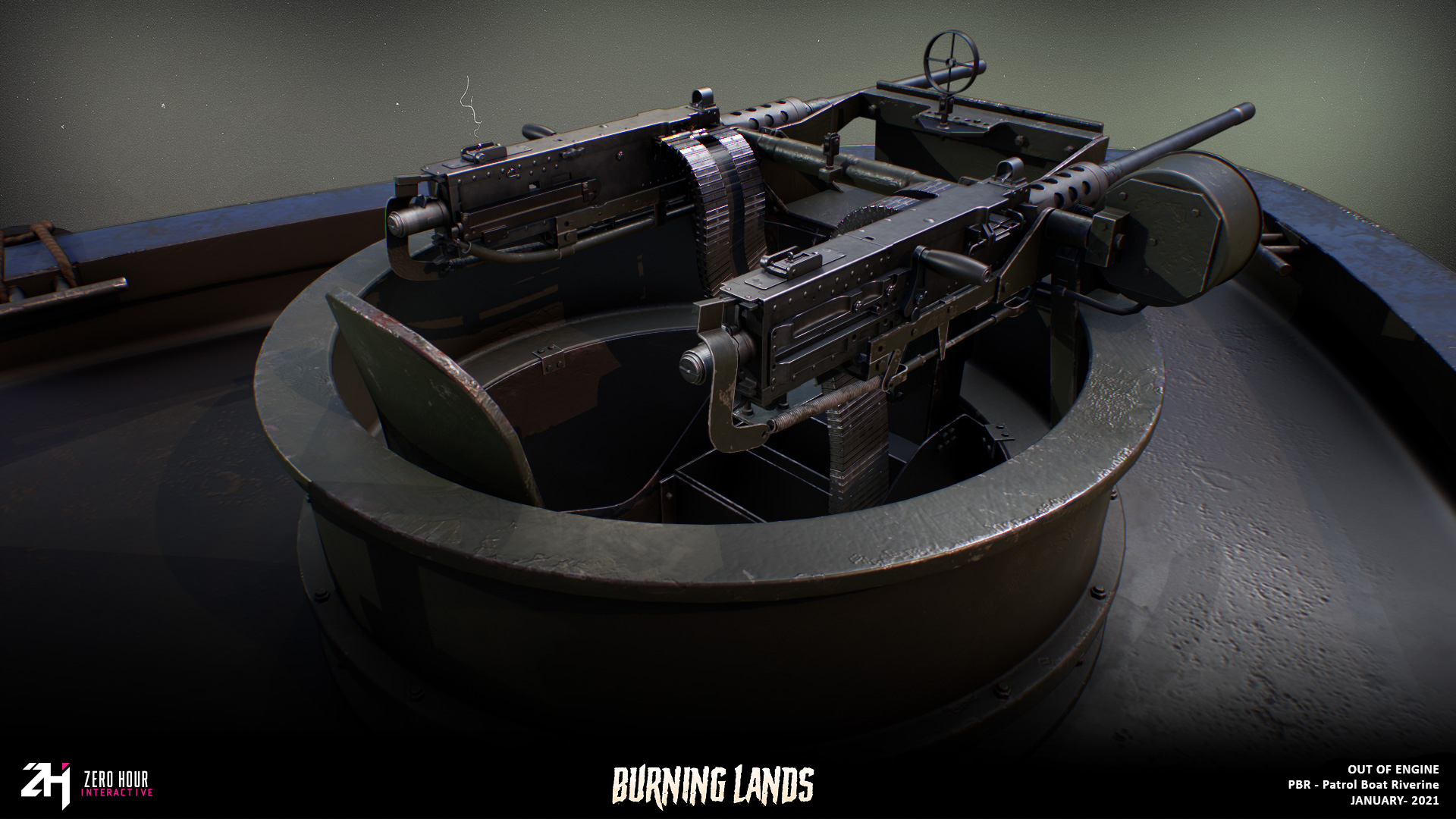 The PBR has been equipped with its dual M2 Browning .50 guns. Accept no other solution when speedily patrolling the Mekong Delta, the amount of firepower you’ll be able to lay down shall be able to suppress enemy infantry and cut apart thin-skinned and light vehicles with ease. 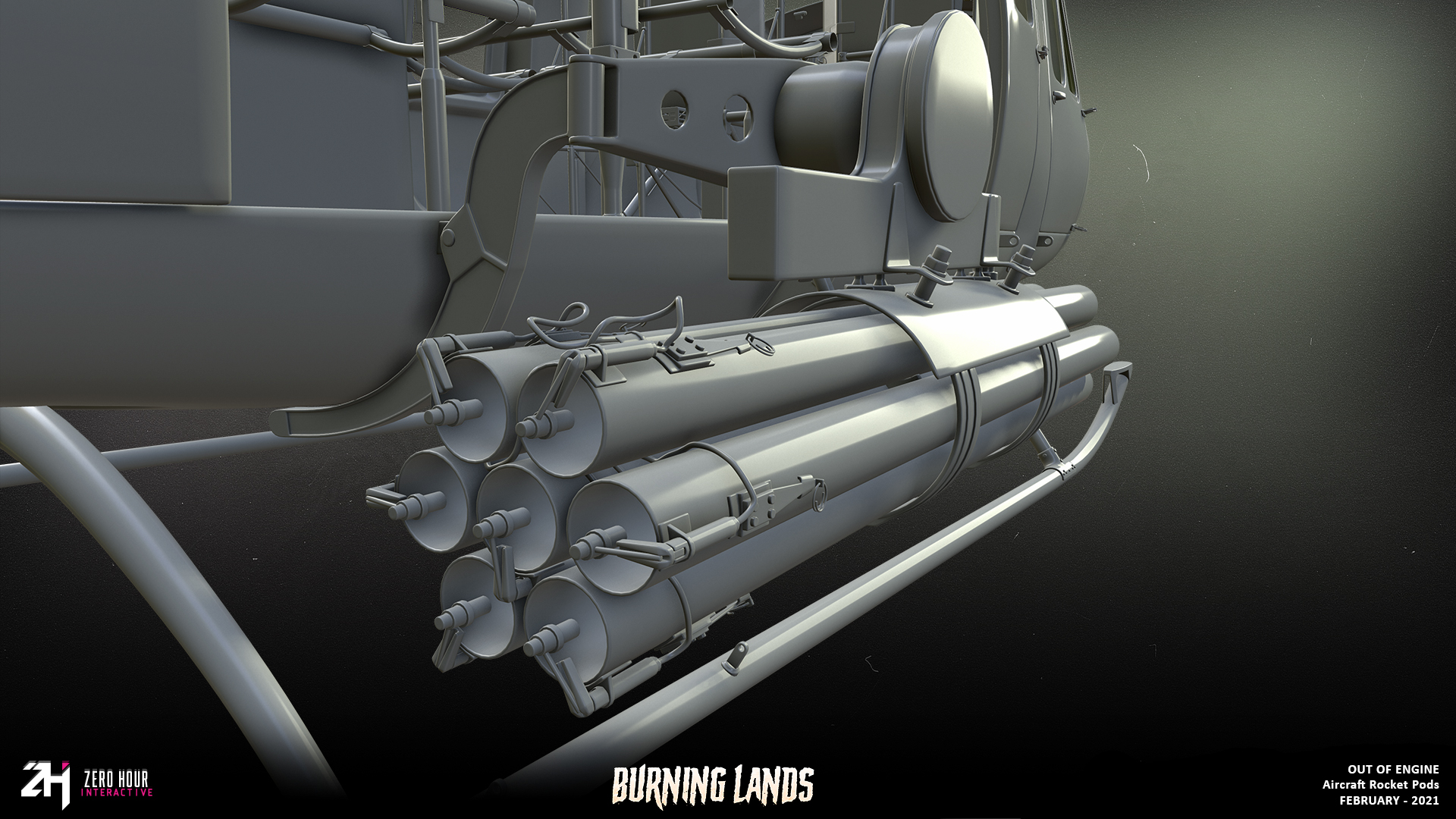 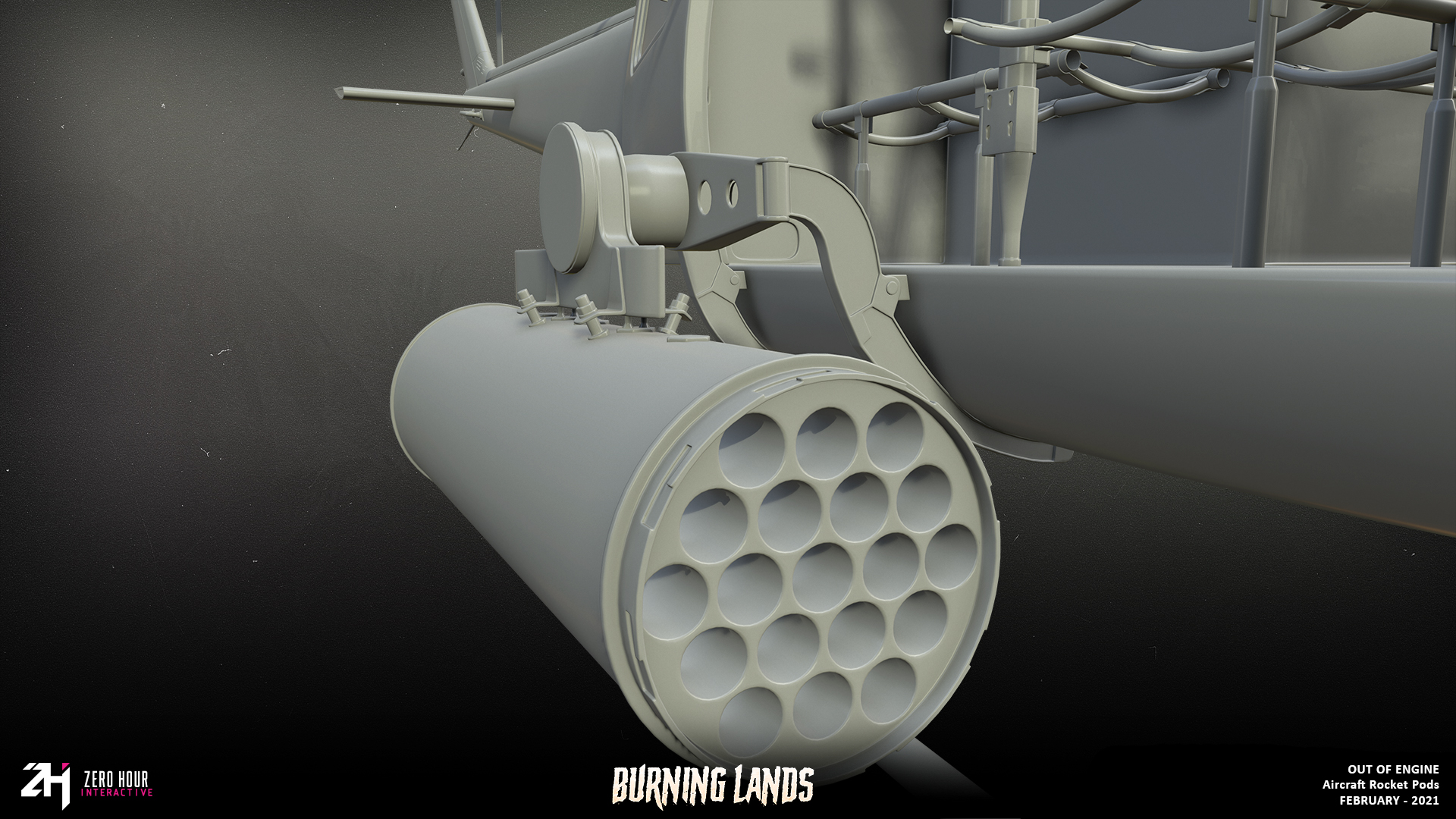 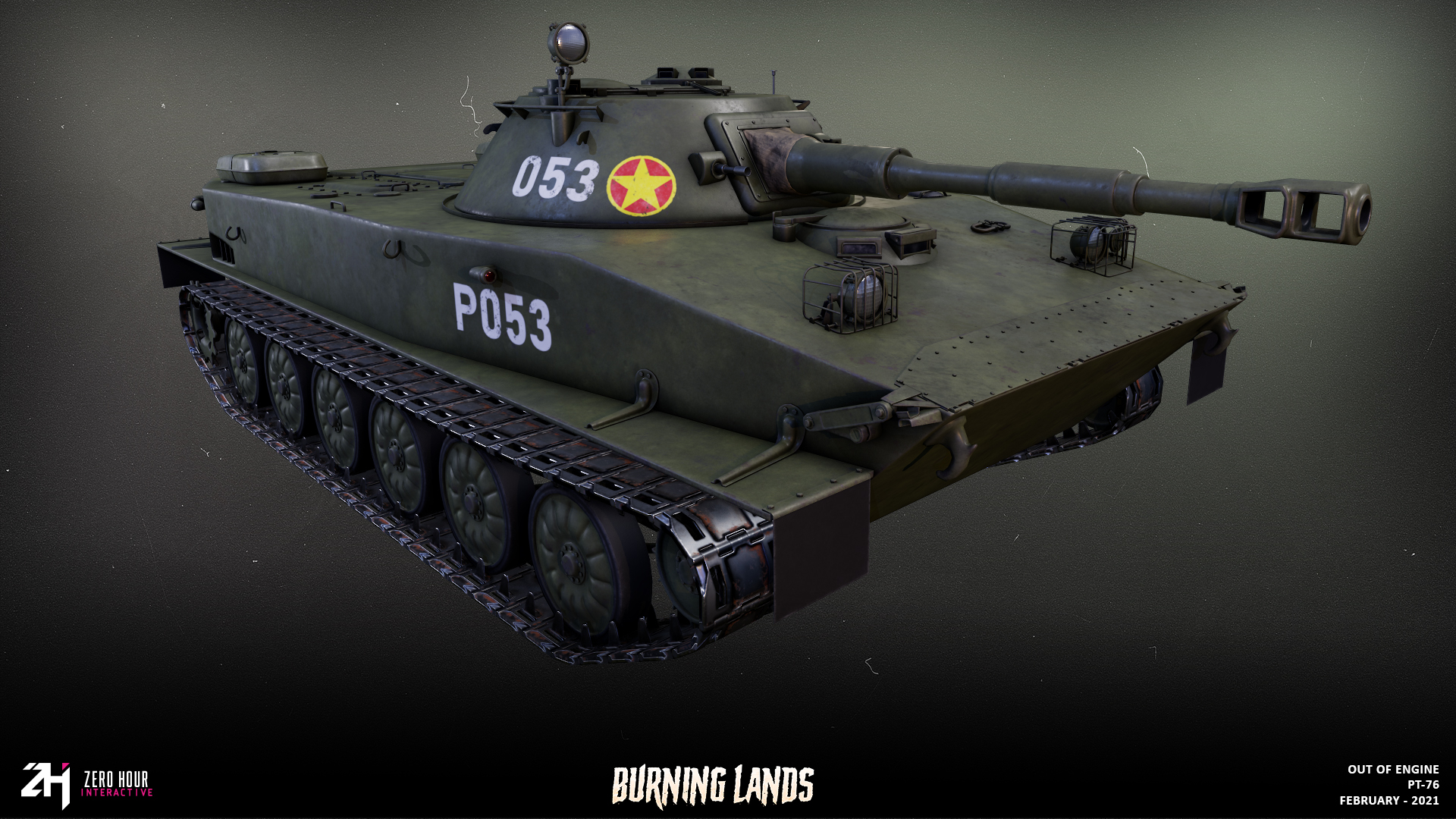 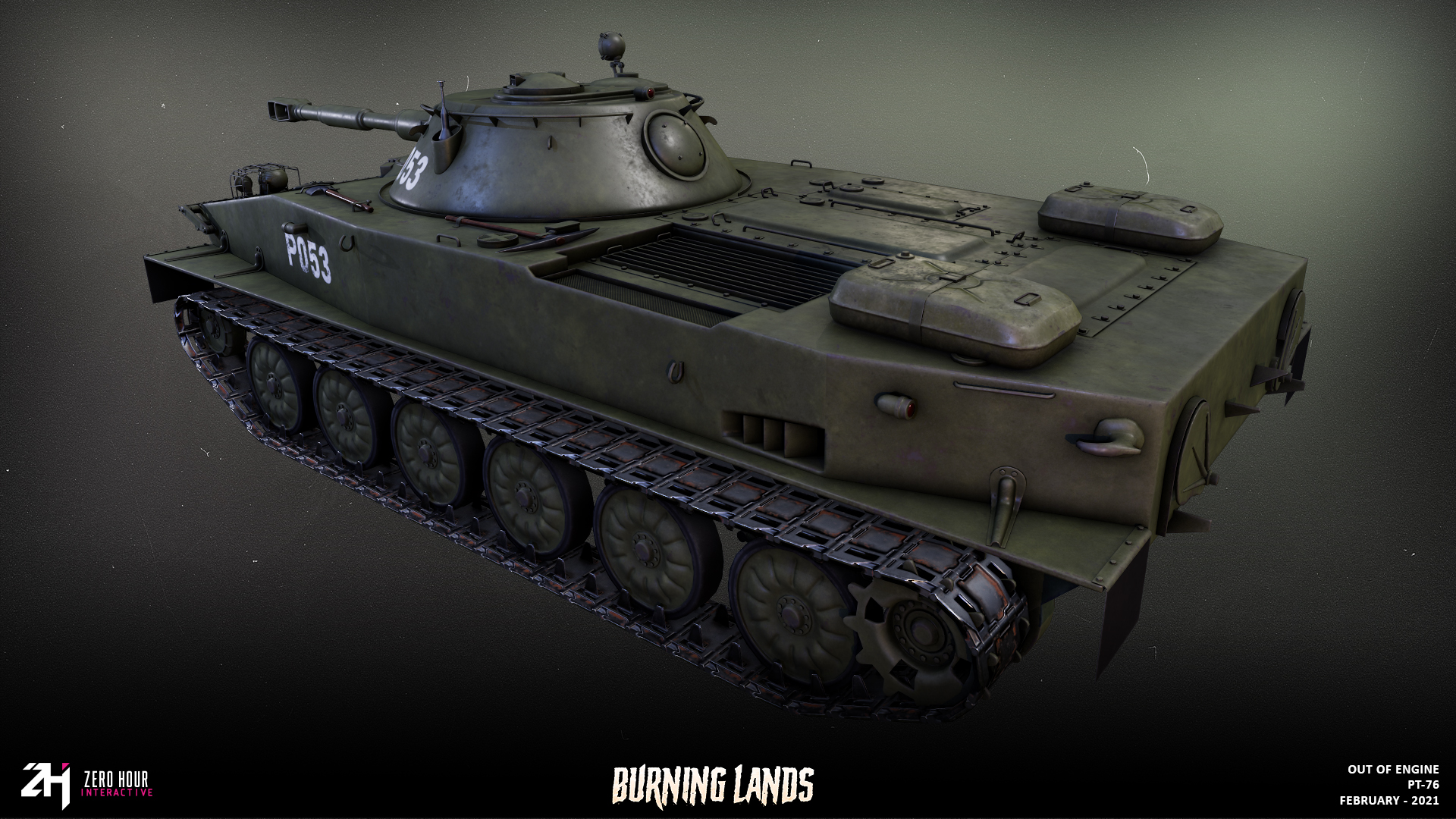 PT-76 Amphibious Light Tank all textured and ready to be deployed. 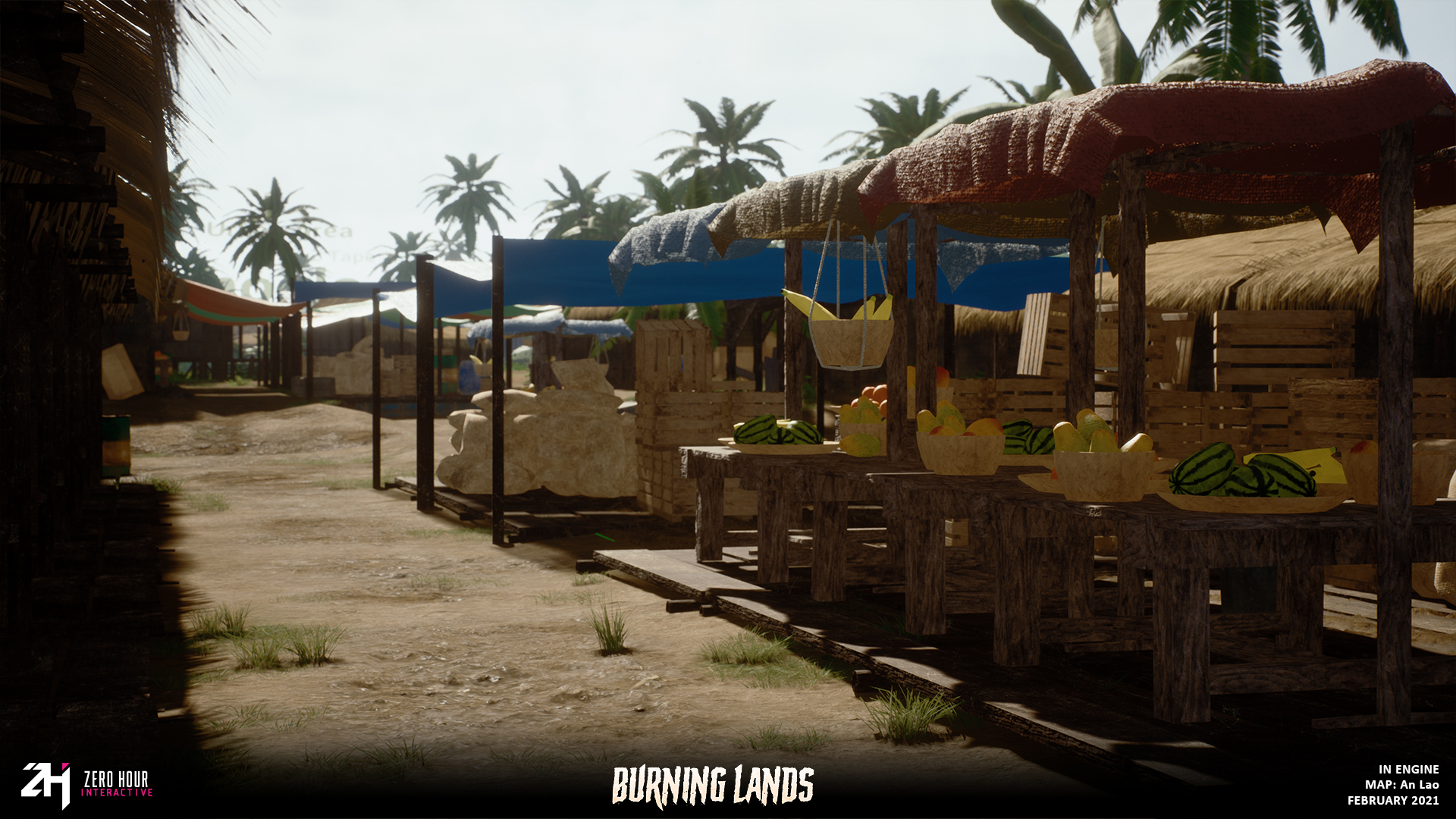 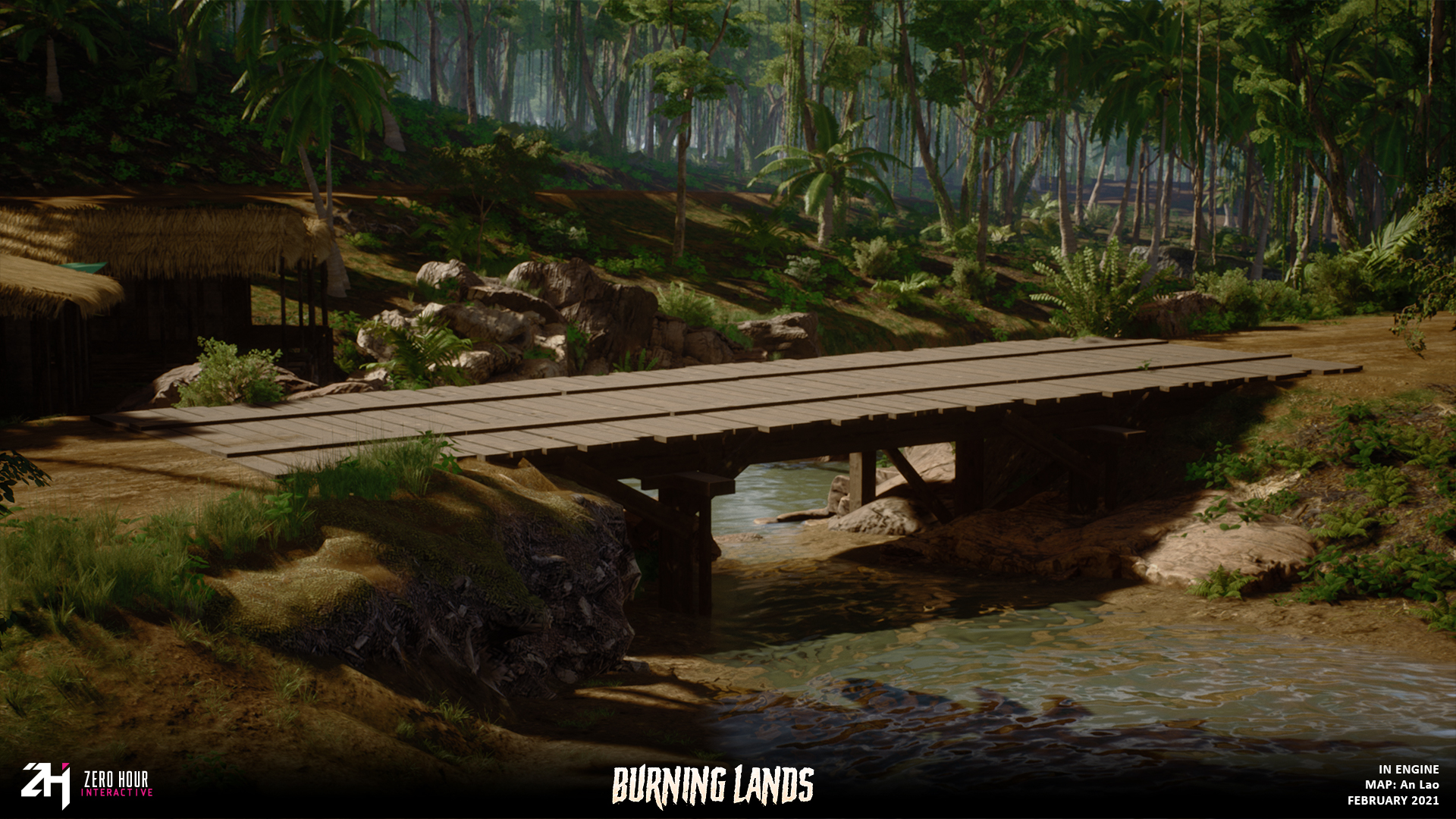 An lao with some new markets and the water running nicely down hill.

Feel free to let us know what you think through our social links and the Discord.

See you all next month!